When I switched careers a year ago, one of the selling points of a career in hospitality was that, with an appropriate education, the jobs far outweighed the number of qualified people.  Always nice to be on that end of the spectrum.  Fast forward a year, where I have now found myself with a good pastry degree and am in an economy that is operating at about 1/2 speed from this time last year.  What does this mean? Finishing school without a job, and the extent of job hunting involving paging through the craigslist ads in hopes of finding something.  blech. All I can say is, those all nighters I pulled to get a top GPA have been pretty helpful given the competition out there now.

but….it worked!  I found a craigslist ad for a jobfair that a local restaurant group was putting on (it’s a restaurant group of 5 local fine dining restaurants). I went, a few weeks ago, thinking it would be a ‘drop off your resume’ sort of deal, but instead I applied, was interviewed by 2 sous chefs and then by 2 of the restaurants executive chefs, and the next day had a voice mail from the pastry chef at one of the restaurants.  I went in, and was hired that same day!
I am pretty stoked – with this economy, in honesty I would have just been happy getting to do pastry at ANY restaurant until things pick up, but this place is pretty sweet. Check it out:  Coast Restaurant    It’s fine dining but not pretentious, and they specialize in all types of seafood. It has an open kitchen (yikes!!!) and an amazing pastry menu.  The pastry chef is young, has an amazing history and reputation, and does ‘Ace of Cakes’ style cakes for celebrities on the side (said I’ll get to help him with some big ones this summer!).
The reason for the job fair is that their current location, a 55 seat restaurant actually on my street here in yaletown, is too small and a bit out of the way. So in June, they (we) will be moving to a massive new 300 seat location 15 min walk away, right in the heart of the business/finance district. It is on the same street as Brooks Brothers, Tiffany, etc. and is much more central.
Coast will be the company’s flagship restaurant, and did I mention, it will be massive?  Two floors, show kitchen, chef’s table (where the chef will cook just for your party, not off the menu), separate kitchen for private functions). With the Olympics hitting our city in….let me check my Olympic countdown calendar (no joke), 267 days, now is the time.  Vancouver’s hot – so you should all come visit, and I’ll take you to dinner!!
Last week, I went to an orientation session for all new staff. It was all the usual orientation stuff, but we did get this stuff (photos taken at home, of course. Cat wasn’t included at orientation). 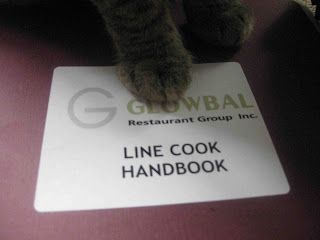 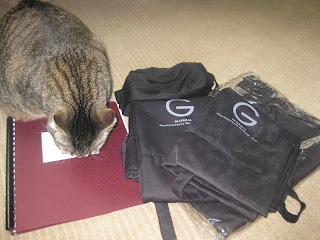 not quite sure how wearing solid black will fare in the pastry kitchen. Ever seen what flour looks like? Um, yeah. Messy.

And for those foodies who want a peek at the menu, here is the current menu. I’m giving nothing away though, because we’ll be debuting an all new dessert menu when we open, and I’ve already seen it….but no hints! It looks awesome. And instead of doing all these mini ‘teasers’ which are apparently a pain in the ass (since people will pick and choose their own combo of desserts which makes plating a disaster), we will now have several a la carte desserts, and a platter of 4 mini-desserts, pre-chosen, for $14. Good deal. 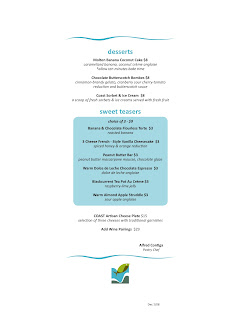 And so, now what?  Well, I start on June 3 for 3 days a week just to get trained up, and on June 15 we move to the new location, where I’ll be full time! We open in mid-July…..it’s going to be a crazy one, and I’m so ready for the challenge.

A year ago, I put on my chef whites for the first time, walked into my first professional kitchen, and realized that for my 20+ years of cooking at home, it’s a whole other ballgame to do it at this scale. Different equipment, different terminology, different methods. Different everything.

To say it’s been a steep learning curve would be an understatement. I laugh now, looking back at things I didn’t know last year that are now second nature. In a year, I’ve gone from desk-dwelling nine-to-fiver whose pastry experience was limited to Christmas baking and dinner parties, to now where I am certified as a pastry cook, qualified at the least to work in a kitchen, working my way up. It’s a change of lifestyle, that’s for sure, but it was one that I didn’t second guess when I went into it, and thankfully even now, am very sure that it was a good move.

So, where are we now?

Well, for the amount of early mornings and sugar burns endured, I haven’t for a second regretted this change in career.  I plan to keep writing, documenting, photographing…..and baking.  Who knows where this passion will go?

For the immediate future….I have my first pastry job offer already! Stay tuned for the sweet news of my first real gig!

The week I came home from my trip, the last week of April, was my grad ceremony. It was the first time since class ended to see friends from school, so the social benefits definitely outweighed the serious tedious-ness of the evening. 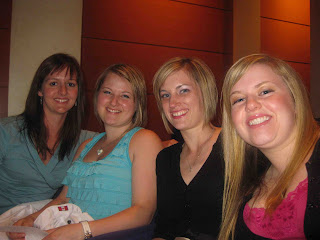 me, Shannon, Leslie and Katie, pre-ceremony 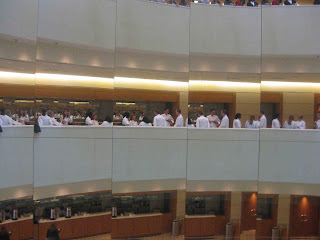 as culinary grads we got to wear special new jackets. The rest of the Art Institute kids had to wear just business casual…suckuzzz! Which I’m sure explains why we got to sit front centre, because we looked so good! 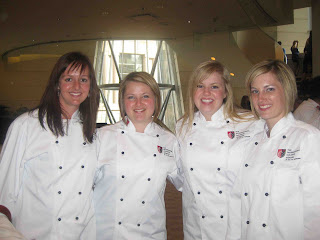 us ladies, ready to grad! 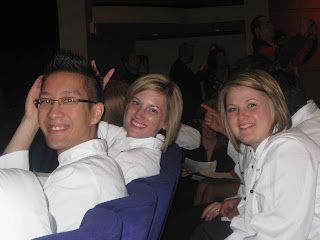 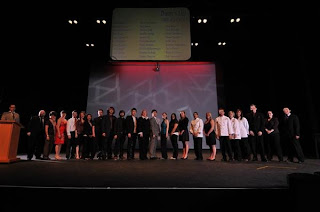 ceremony time. First up, honour roll. That’s me 4th from the right, woot woot!  My friend Leslie also made honour roll (3.7gpa+) and 2 other culinary students, and the rest are an assortment of other AI kids (fashion, event planning, computer game design, etc). 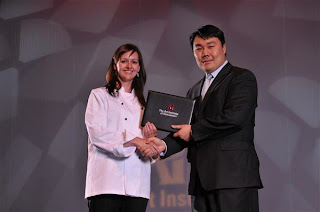 me and the AI president 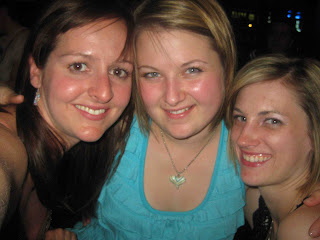 after the ceremony, shannon, leslie + i along with our families went out for dinner. After dinner, we went to our favorite irish pub, ceili’s (of St Patty’s day fame) for some good ol’ Wednesday celebratory drinks 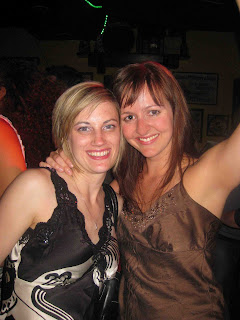 it may have been wednesday but somehow we were there till 2am. Troopers! I miss seeing these ladies every day….school was a great time. Learned a lot, and met some amazing people. Luckily, all the best ones are staying here in the city so we can stay close as we move on to the next chapter.
The next chapter, coming soon.